It goes without saying that the Canal du Midi is absolutely beautiful. And oh so tranquil.

The French countryside, as viewed from the shade of the tree-lined canal is rather special too:

But it is the people who I meet & chat with who are the real attraction for me (hence the kilt, it makes me seem very approachable, and starts a million conversations – which all end up with me talking about ataxia).

The first guy I spoke to was Mladen from Croatia. He has just cycled for 1,780 km from his home town in eastern Croatia. And will easily have passed 2,000 km by the time he reaches his destination in Lourdes! Now that is some effort: 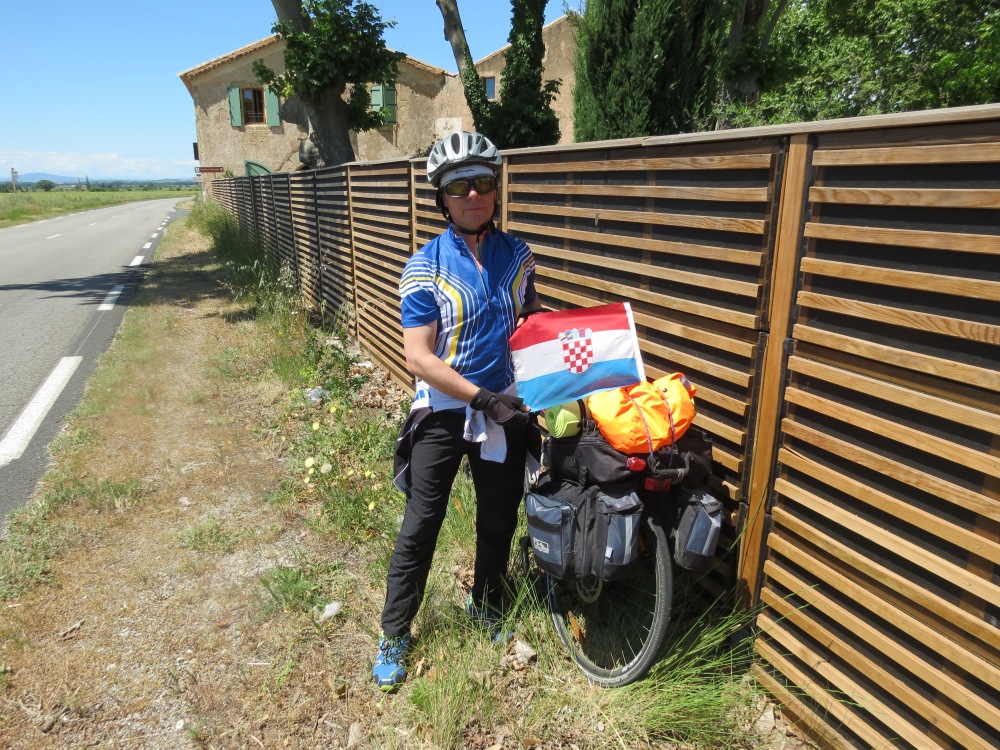 A later conversation was with a couple who had spotted my kilt earlier in the day too. They were cycling around the area, checking it out, in readiness for a fundraising cycle that they are organising later. This is one of their own photographs – stupidly, I didn’t get my own camera out in time (too busy yapping I expect):