I was diagnosed with spinocerebellar ataxia (idiopathic) in March 2015.

This was the result of 17 months of medical tests, following a number of mysterious falls that I had suffered.

Ataxia comes in many forms and is incurable. And worse than that, it is progressive too. Meaning that the symptoms get continually worse.

The best description of ataxia that I have heard, comes from Ataxia UK themselves:

“Ataxia. It’s like Multiple Sclerosis ganged up with Parkinson’s, and played a dirty trick on Cerebral Palsy”.

For me personally, it feels like standing in front of an oncoming train – and there’s nothing I can do to avoid the inevitable collision. It’s definitely going to happen.

Spinocerebellar ataxia is caused by a continual shrinking of the cerebellum (the lower part of the brain). This shrinking interferes with the established brain/body communication channels – the result being that the signal from the brain to parts of the body is seriously disrupted.

Balance is the first casualty. And then the ability to walk. And….

The prognosis is very varied though. I know people who have had ataxia for almost 20 years, and other than using some form of walking aid, you wouldn’t know anything was wrong. On the other hand, I have heard about a young lady who was in a wheelchair within one year of being diagnosed, and died from complications a few years later. Unfortunately for me, this young lady had a similar “idiopathic” diagnosis as myself.

So I am hoping for the former, but expecting the latter.

And it can happen to anyone (although it’s very rare – affecting about 1 person in every 7,000).

And it happens quickly. This is one of my most-cherished photographs, showing me on top of a mountain in Mallorca, having just walked up there. This photograph was taken when I was fully fit. In 2013. Just a few years ago. 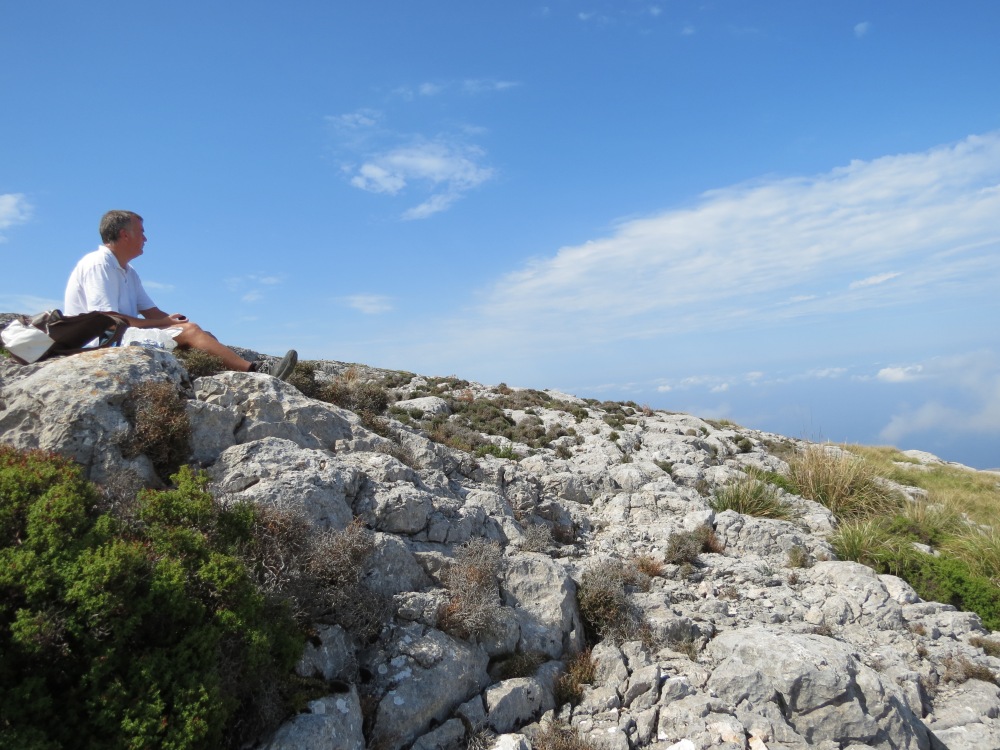 Today, a simple step up of 10cm has me reaching for my walking stick.

I can still walk though (as long as the ground is fairly level). And it’s really only the first, and last, 10 metres that are a problem. Once I get going though, I can walk for miles (as I now do, and as my own GP has recommended – although I don’t think he meant just as far).

And I make all of these walks, to raise awareness of ataxia in general, and also to raise precious funds for Ataxia UK (the official ataxia charity here at home, who are hoping to find a cure for this horrible condition).